Surrealist Game to Cast Doctor Who using Time Travel. Who would you choose?


Emerging from an hypnopompic state, the transition phase between sleep and wakefulness, the following thought entered my mind: "what kind of surrealist are you if you don't go back in time and cast actors from the history of filmmaking in the role of Doctor Who?" I woke up thinking, "what a brilliantly mad idea!"

So here I am, in a semi-drowsy state (for I do not drink coffee and therefore transition slowly from dream to reality) asking you to expand your imagination and play this surrealist game with me.
Any actor from the history of filmmaking, including the silent era, from within the English-speaking world. This includes male, female, gender non-conformist, intersex actors. Capt. Jack Harkness said it best, "You people and your quaint little categories."

"In Time-Travelers' Potlatch, each player indicates the gift that she/he would present to various historical, mythical, or fictional figures on the occasion of their meeting. The game introduces the object into an imaginary relationship that otherwise tends to be
defined too superficially by an arbitrary and abstract subjectivity. The object—the gift—functions symbolically between the giver (the player, who lives in the present) and the receiver (who dwells in the past, or on another plane of existence). Altering the relationship between the two, the imagined gift constitutes a third term: a catalyst of the future in the form of a crystallization of desire.Thus the game opens a new approach, from an unanticipated angle, to all the old and unresolved problems of projection, identification, idealization, fixation, obsession, etc." http://www.surrealistmovement-usa.org/pages/time.html *

You are invited to leave comments as to which actors from the past you would wish to cast. Imagine if you will, that you have a TARDIS and can go back to any era in film history and pick the actors of your choice. Envision a parallel universe, converging timelines, etc. You can transport these actors to our time or cast them in their own era.

I will start by casting my characters. 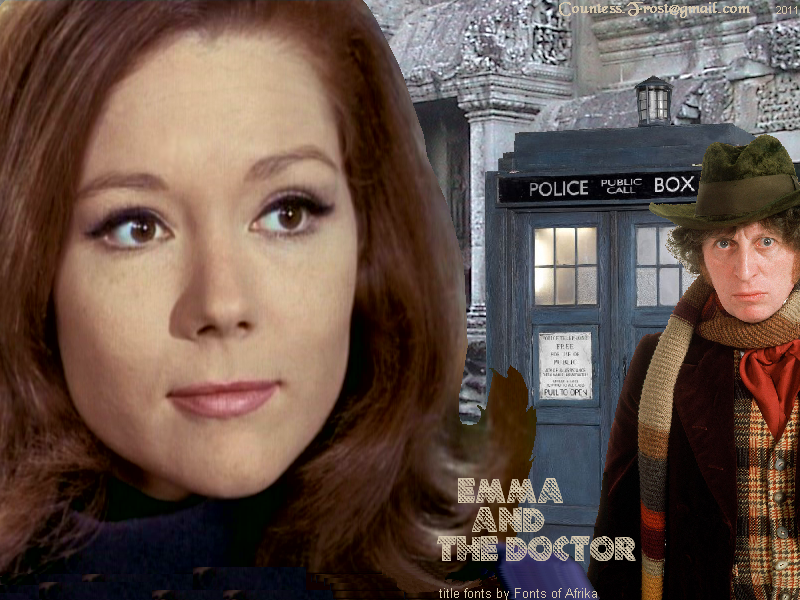 My first vote is for Emma Peel in a parallel universe where she is a real-life person instead of character in a fictional show ("The Avengers"). Or perhaps a crossover between "The Avengers" and "Doctor Who" in which Emma Peel stands between John Steed and Tara King on the sidewalk just outside Steed's flat. She takes her leave from him by saying, "I must be off: I am being summoned back to Gallifrey." She gives him a kiss on the cheek and tells Tara, "he likes his tea stirred counterclockwise," as she raises her right hand to twirl her index finger in an imaginary teacup. "Be seeing you," she says, and makes her characteristically graceful 180° turn as her thigh length Mod coat mushrooms up around her. She then walks briskly toward the police box on the corner across the street and to the right of Steed's front door. She unlocks the door, steps inside, peeking out one last time to wave goodbye. Seconds later the door closes: Steed and Tara give each other a puzzled look as the TARDIS disappears. He turns to Tara and asks, "champagne?" to which she replies, "I'd love some." He opens his front door and with a bow gestures his arm, "Ladies first," he says with a smile. Fade shot. This is how Emma Peel returns to her life as a Timelord. To be continued?


Who's next? Patrick McGoohan is a fine candidate. His anarchic quality combined with his ability to stare down any foe would make him an excellent choice for the role of the Doctor. His defiance would be formidable. Imagine him confronting a Dalek: you could cut the tension with a knife!
McGoohan is sadly no longer with us, having died in 2009, but he left us the legacy of his work. He played many roles in many memorable films, from "Ice Station Zebra" (1968) to "Braveheart" (1995). He worked in both film and television, his most memorable role being that of Number Six in the iconic, anti-authoritarian TV series "The Prisoner" (1967 - 68). He turned down the role of James Bond in order to produce, star and direct this most brilliant, original and outstanding production in the history of television. And for that we think him. See my review of "The Prisoner" http://dainasurrealism.blogspot.com/2011/05/ground-breaking-cult-television-shows.html 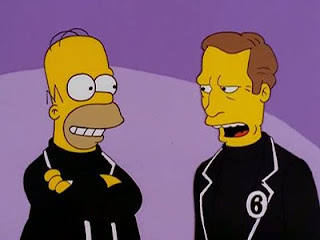 Like many Dr Who fans, I've been thinking lately about the fact that Matt Smith has been playing the Doctor for 3 years now and he may leave soon. Benedict Cumberbatch, who plays the title character in BBCs "Sherlock," has been voted by fans as a candidate for the next Doctor. Benedict-Cumberbatch-wins-Sun-poll-for-new-Doctor-Who

More characters to be added later. Who knows, they may come to me in a dream...

I had a dream that Mark Gatiss (script writer to Doctor Who and Sherlock) bought me a lovely fountain pen. My subconscious is telling me to write more. Dream, March, 22, 2013 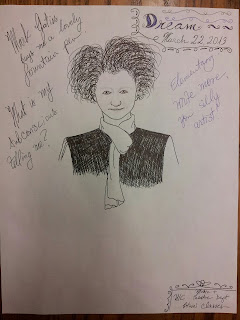 * http://www.surrealistmovement-usa.org/pages/time.html This link also has an Exquisite Corpse game which I collaborated on with other Surrealists. Both games are published in the book


"Surrealist Subversions: Rants, Writings & Images by the Surrealist Movement in the United States"