Fond Memories of Franklin Rosemont by a Lithuanian Surrealist

I have been a member of the Chicago Surrealist Group since 1997. I had attended the last lecture he had given, yet, thanks to a chronically tardy friend, we had missed his entire speech. Both Penelope and Franklin had left right after their lecture and had gone home. little did I know that this would be Franklin's last public appearance. It wasn't until about a month later that I read on the Chicago Surrealist Group's website, http://www.surrealistmovement-usa.org/, that I read with shock that Franklin had passed. The memorial was held at the Newberry Library in Chicago.

Here are some photos of the memorial service and dinner. 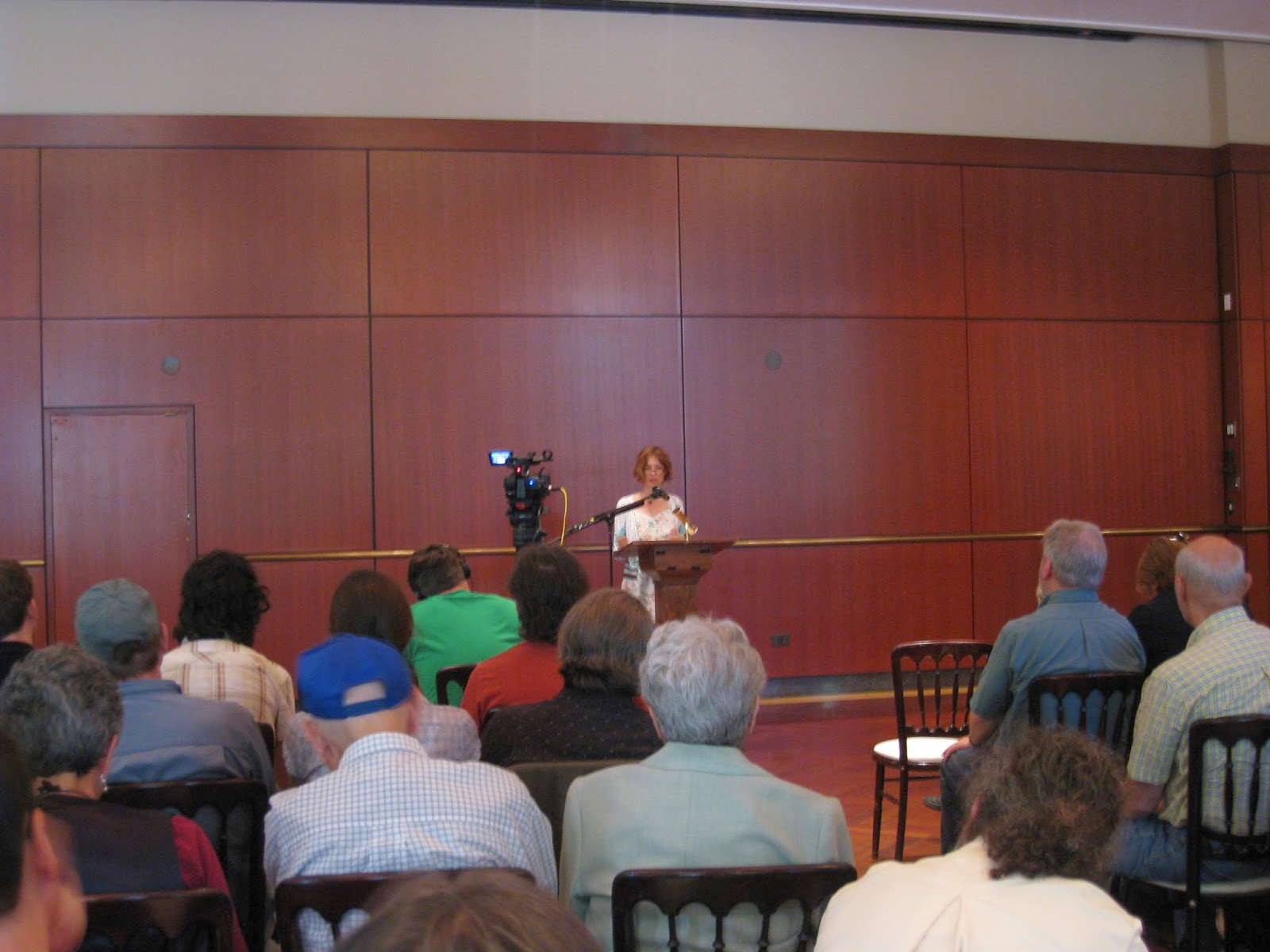 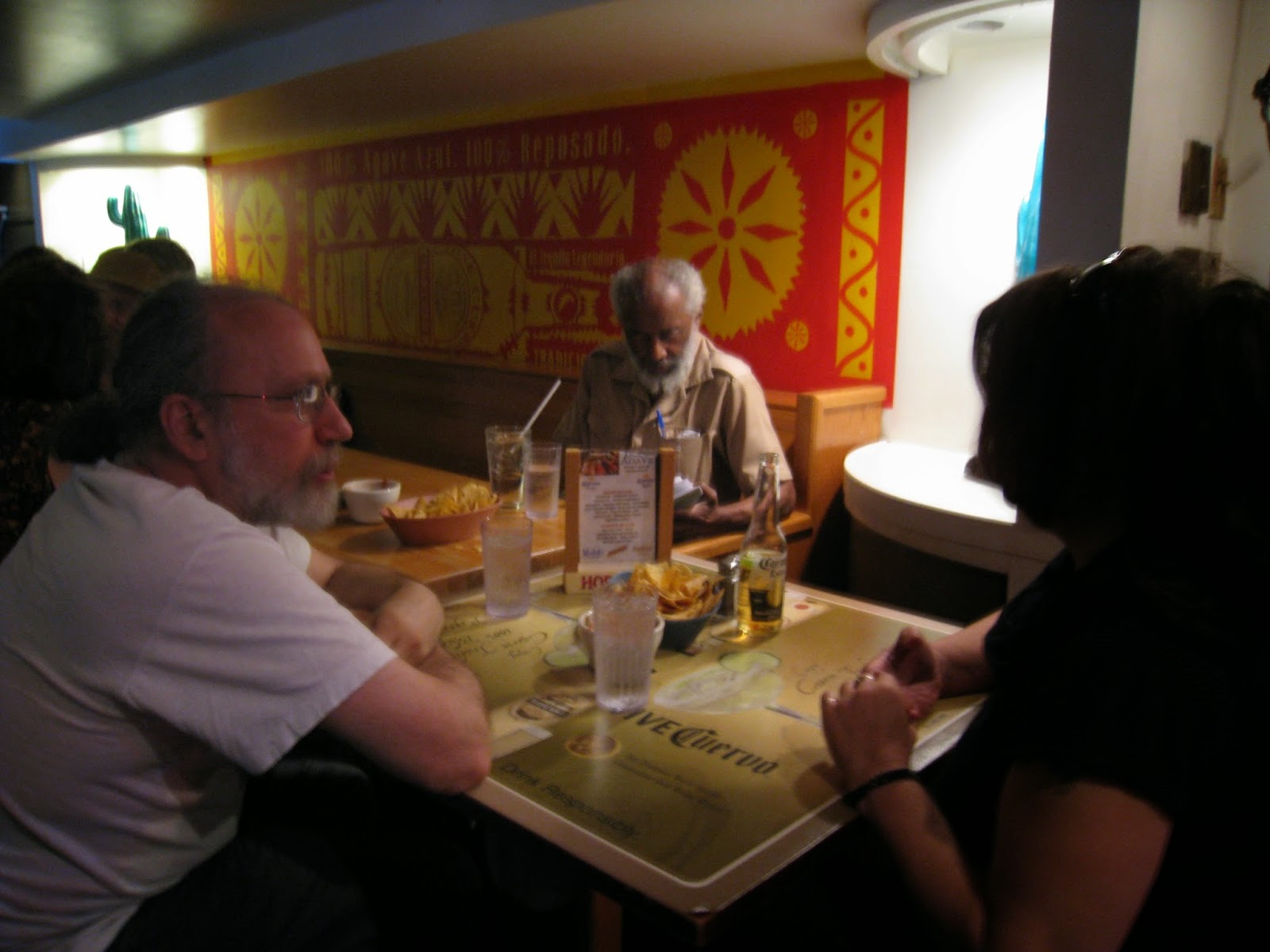 Here is a video I made of Ron Sakolsky. He spoke at Loyola University in winter 2008.


Penelope and Franklin were kind to me and I remember Franklin fondly. I met Penelope and Franklin at the Printer's Row Book Fair in Chicago. The books on such irresistible titles like "Surrealist Women: an Anthology" and  "Beware of Ice and Other Poems" drew me in to their table. After chatting with them, I realized I had found my place without even knowing I was searching! And for that, I thank them.

The Rosemonts published an Exquiste Corpse which I had worked on along with Christina Sornito, Jennifer Bean, and Anne Olson. It is in their book, Surrealist Subversions: Rants, Writings & Images by the Surrealist Movement in the United States on Amazon

and on this link
http://www.surrealistmovement-usa.org/pages/time.html


I get much of my creative inspiration from dreams: I've been a lucid dreamer since childhood. I have my step-grandfather to thank for getting me in the habit of recalling my dreams for him every morning. As a teen, I was inspired to create my medieval illuminated dream manuscript.  Inspired by Medieval Illuminated Manuscripts which pre-dated Guttenberg's printed Bibles, this work is meditative in its undertaking. I received a lovely fountain pen as a Christmas present. That, in turn, inspired me to experiment with a wide spectrum of calligraphic styles. I decided to use Gothic Blackletter calligraphy (12th c. forward) throughout much of the book. 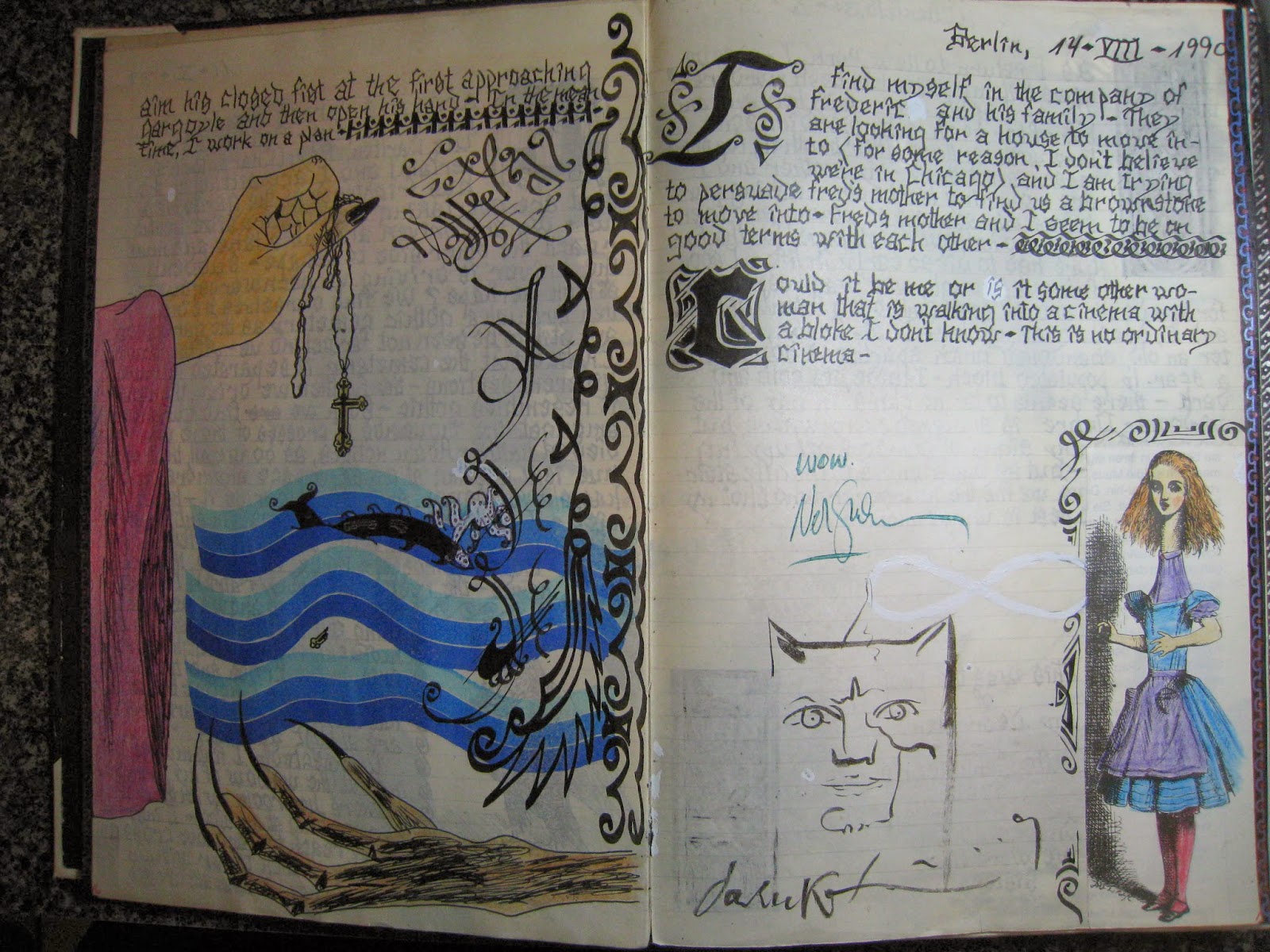 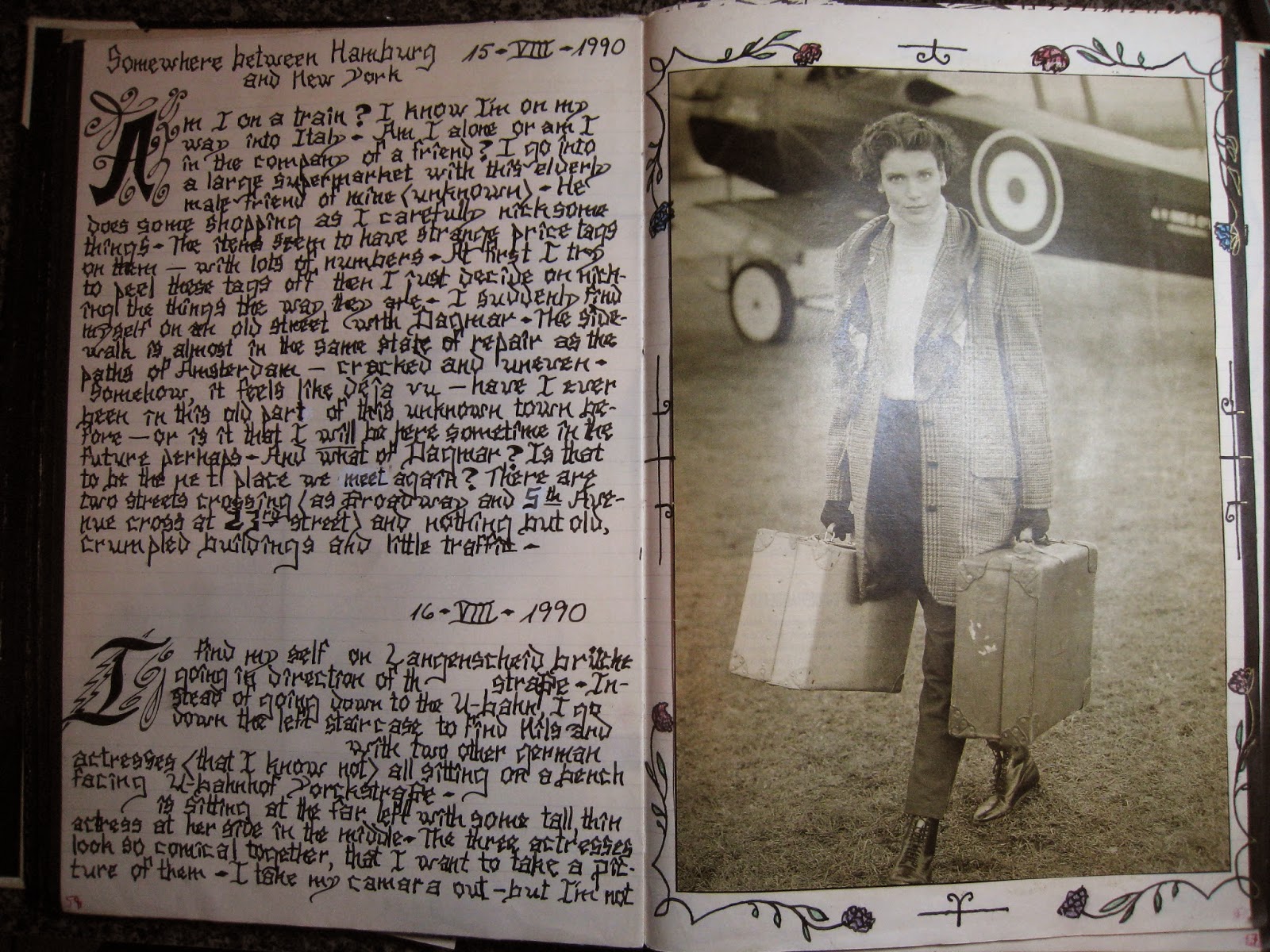 This is my spontaneous 1920s Flapper dance with my actor friend, Jacob on the Portage Theater stage. Timeywimey for my fellow Dr Who fans. ;)


Here is the uncanny syncing up of Chaplin "City Lights" with unknown Goth song at Late Bar, Chicago which I recorded.

Posted by SexlogistD at 7:57 PM