Diana Rigg to be on Doctor Who 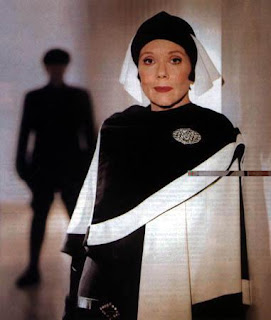 Dame Diana Rigg, known as Emma Peel to "The Avengers" (60s) fans, is to appear on an episode of "Doctor Who" alongside her daughter, Rachael Stirling. According to BBC news, this is the first time mother and daughter have worked with each other in a production. The episode is due to air sometime in 2013. Rachael Stirling played Caroline Crale in an episode of the impeccably brilliant series "Poirot" ("Five Little Pigs"). She also starred as Nan Astley in "Tipping the Velvet." As a "Dr Who" & "Avengers" fan, I can't contain my joy! Diana Rigg is one of my all time favourite actresses, so I can't wait to witness the "madness" (as Diana Rigg called it).

"Dame Diana Rigg, Rachael Stirling and a Mark Gatiss script - a combination of talents you could only get in Doctor Who! Frankly, I'm terrified already!" ~Steven Moffat
http://www.bbc.co.uk/news

Posted by SexlogistD at 7:16 PM